The Goddard Institute for Space Studies is part of NASA. It's hard to think of better credentials. But if a cat may look at a king, the common man is still entitled to ask, "Where did they get that from? How did they reach those conclusions? What's their source data?"

Here is an image published by GISS, showing the astonishing and worrying overheating of the Arctic. This image is displayed prominently on the GISS website, http://data.giss.nasa.gov/gistemp/maps/. If you visit that site, press the "Make Map" button to generate the latest version of the image below.

Here's the same data, from a different perspective - above the North Pole. Just as alarming, yes?

Well, not so alarming in Antarctica, on the right. In fact, not alarming at all.

From the above you might assume that we have thermometers across the whole world. But that is not the case. There are gaps; those gaps are papered over by 'smearing': the thermometer we have got is deemed to have a 1200km radius or 2400km diameter. This is not a joke! I know that you wouldn't read a thermometer in London and asume that the people of Corsica and Oslo need the same clothes today as you.  But that is precisely what they are doing. Look! 1200km:

Whoa! It's no longer the North Pole that's roasting. It's mostly Canada, Russia, Alaska. Note the grey areas! They say "no data". Next question: just how close to the Pole do we go? Well, it's here:

And where is "here"? It's the famous Svalbard. Once the barely habitable end-of-the-Earth, today an important centre of the Global Warming Industry, with loads of inward investment following the influx of climate researchers. How many climatologists does it take to read a thermometer?

Let's look at the temperature record at Svalbard:

Wow! It HAS been getting hot fast there! But it's strange that the data only go back to 1978. Let's look for a place in the far North with a nice long record of temperatures. There's a place in Northern Rusia - at 73.5N rather than Svalbad's 78.2N, but it has a record going all the way back to 1918. Trouble is.... the historical record is changing. Repeat: the historical record is changing.

Version 3 has replaced Version 2. Up until October 2011, GISS - the guardians and recipients of historic temperature records from around the world - published the v2 data (and still do, bless 'em). They replaced it with v3. Maybe there were measurement errors in 1940; how would they detect this in 2011? Other than sanitising the odd stick-out-like-sore-thumb, they couldn't. They use... ah... creativity.

See how the shape has changed? Try to draw a 'best line' through the two graphs and your right-hand line (unlike the left-hand one) will have an upward slope. Bingo! We have created a warming trend by (yes, I agree that it's a wicked deception) making the early record colder! The 'revised' version is not quite a 'hockey stick', but it's closer to one than it was before. This is the time-honoured trick of 'revisionism'. As George Orwell wrote in Nineteen Eighty-Four, "Who controls the past controls the future. Who controls the present controls the past."

You can check for yourself the data published by GISS at http://data.giss.nasa.gov/gistemp/station_data_v2/  and  http://data.giss.nasa.gov/gistemp/station_data/ (v3).On the map at the bottom, click northern Russia and a list will appear. Choose the station of your choice, such as Ostrov Dikson. Or better, repeat my Ostrov exercise for some other location and let me know if I have been cherrypicking.

Let's be clear about what seems to be happening here. It seems that GISS are fiddling the figures to give the appearance of a warming trend in the Arctic where none exists. This is a corruption of science in the service of a political agenda. Why in the Arctic? Because the general public are increasingly sceptical of overhyped "Catastrophic Anthropogenic Global Warming" where they live, and this is a last-ditch effort to maintain the scare story. They're saying (that is, the Climatographers... they don't deserve an 'ology') "hah! It's maybe not roasting hot where you live mate, but in these remote places we see what you cannot. Stop being parochial and look at the big picture."

The rapid warming of the Arctic is a fiction. Global Warming is a fiction, and the perpetrators of this wicked myth are making their last stand in the Arctic.

Let's pick another Arctic station. Teigarhorn on Iceland. This is how they do it:

Here's a couple of actual screen-grabs (apart from the v2 & v3 titles I added) for Jan, Feb, Mar.

You can visit this selfsame NASA GISS website and see with your own eyes. The process is:
1. Go to GISS's v2 or page (link above)
2. Scroll down to clickable map of the world
3. Click on area of choice (e.g. Canada): a list of stations appears
4. Click on station of your choice: a time-series graph appears
5. Below the graph is a link: "Download monthly data as text"
6. Decide which temperatures need comparing with v3; note them down
7. Repeat for v3. 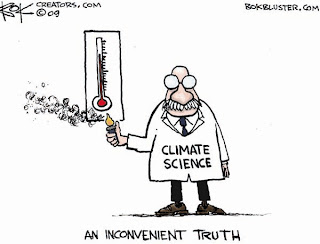 Recommended reading: Notalotofpeopleknowthat, a website created by Paul Homewood, who adopts a forensic approach to climatology. Paul quotes meteorologists in Iceland who are baffled by the deflation of their historic record.
Posted by Brent Hargreaves at 15:14